I wish I felt as refreshed after spring break as I was hoping to.

Lessons: Mixed it up this week with students using a menu between websites where students can practice skills such as typing, math problem solving, and so on. It’s the last quarter and I think choice is important to keep students engaged and prevent burnout, while also staving off the feeling that nothing we do now matters as much so we might as well goof off.

Support: So I had to call the company we lease the printers from for support for one of the copiers; a plastic bit had broken off, preventing something from closing properly, blah blah. The tech arrived during bus dismissal so when I returned to the lab after, I saw a note from him on my desk that said, “See me before you leave.” I thought it must have been something I needed to know about the printer… turned out he wanted to show me a woman on the cover of a Christian music album from the 1970s who he thought looked like me. 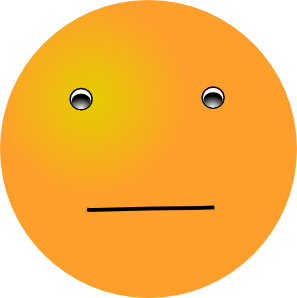 Things I Did Well: I started doing the after-school program this quarter, and I think the classroom management from the school year up til now is really helping the “homework” portion of the program run more smoothly than before. (Plus, not going to lie, I’m relieved that we no longer assign math homework apart from simple facts practice. I had to use Khan Academy to refresh myself before subbing for a math lesson about fractions on a timeline.)

Things I Will Do Better: Time management with the after-school program is something I need to work on. I think it’s largely because we’re still just starting out; I haven’t gotten used to the rhythm of it yet, is all.

Cold Prickly: Thursday in particular was one of those days where I question whether I can stay in this career in the long-term. I don’t feel comfortable going into too much detail, but I was witness to something that didn’t even affect me as directly as it affects other people. I found it really stressful even though it, again, doesn’t affect me directly. It was the kind of thing that made me realize how stressful it can be to be a special educator; they deserve the world for what they do.

Warm Fuzzy: I had a dentist appointment this week and I have no cavities. On the one hand, that’s kind of like the bare minimum of adulthood, but I spent a huge portion of my childhood 1) eating candy and 2) terrified of dentists. Neither of those things helped the other out.