This was a weird week. Firstly, coming back from Thanksgiving – the first decently long break we’ve had all year – was really nice. People seemed calm and well-rested, and we were away from each other long enough to actually start missing each other.

Lessons: Shortchanged a little, unfortunately, because we’re using specials times to rehearse for our holiday music concern next week. I’ve had time to really fine tune some HyperDocs but not so much time to use them and get student feedback on them.

Support: Interims snuck up on us this week. Luckily, most issues we had with them were easy solves that we’d seen before.

Things I Did Well: Some students became frustrated with technology in class, and I think I handled it well. One student clicked “block” instead of “allow” when Recap asked for permission to use the computer camera and microphone in Google Chrome. Took me a minute to change that setting, and the student was very upset with himself. I just kept telling him it was okay, and thanking him for giving me the chance to learn. I don’t think he quite forgave himself, but he calmed down. Another student was near tears when her computer outright froze up, so instead of recording her reflection on Recap, I had her use Quicktime on my laptop while the rest of her class was leaving.

Things I Will Do Better: I think over Thanksgiving break, I got out of some of my habits and routines that make computer lab time, especially transitions, a lot smoother. I would make a checklist to remind myself, but chances are high that, if I didn’t lose it, I would automatically ignore it. (It’s what I do with clocks…)

Cold Prickly: Some things simply should not appear in a student’s browser history. 🙍

Warm Fuzzy: We’re having a holiday-themed door decorating contest at school. Most of the teachers have decorations up that their whole classes helped with; for example, one second grade teacher turned her room entrance into a gingerbread house, and all her students made gingerbread boys and girls to live in it. I don’t have a homebase so I just did mine on my own. It’s not finished — that hearth is definitely in need of a stocking or two — but I’m pretty proud of what I’ve accomplished. I have to be, I stayed til past five on a Friday working on it! 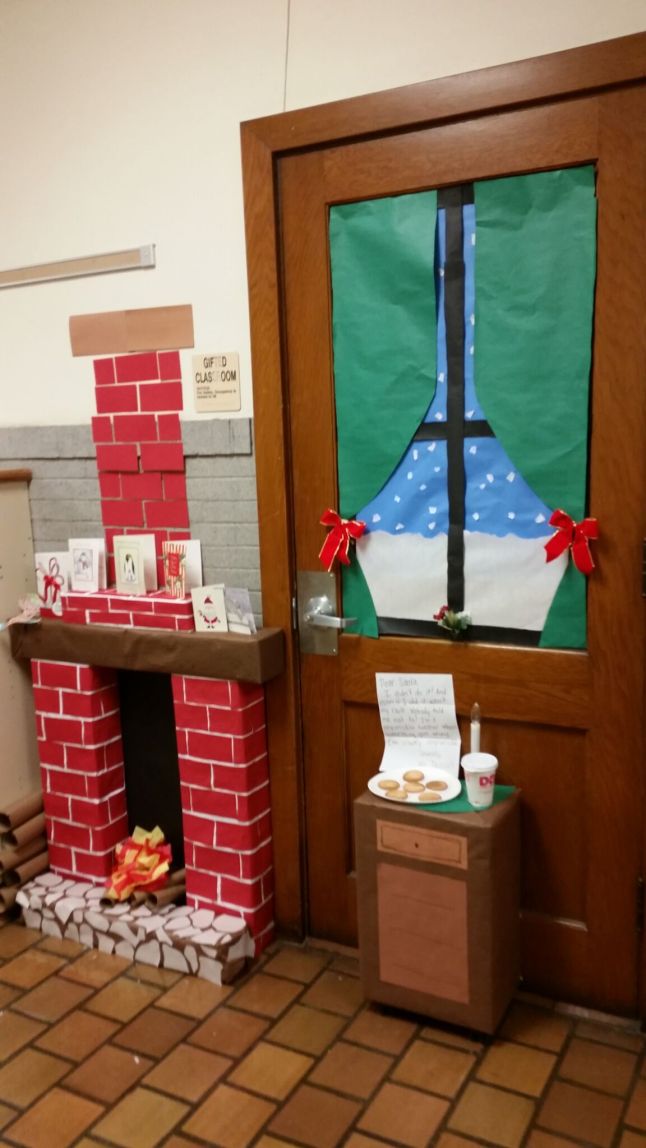